10x Grammy Award Winner & 'Give Me the Night' star will show us why he's described as the Jazz Master! 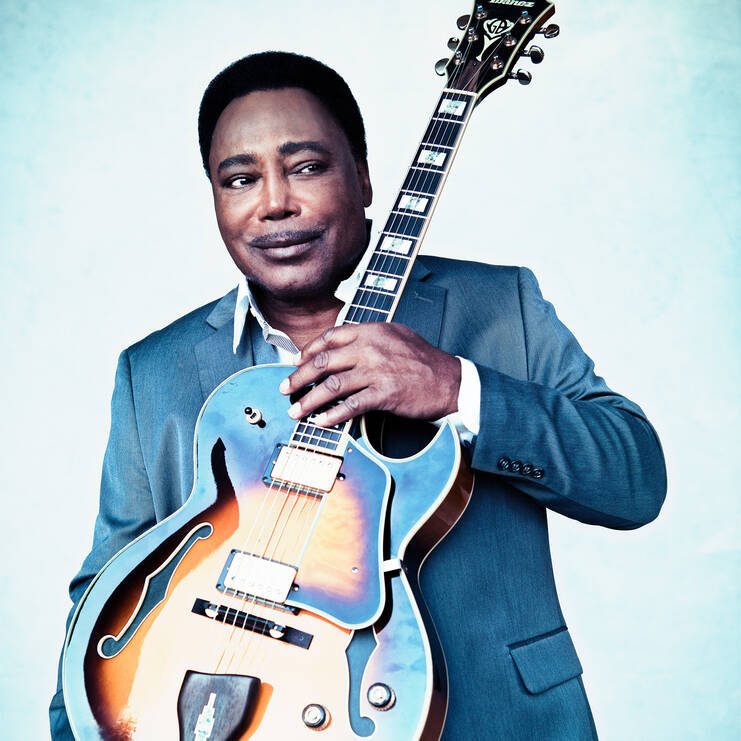 George Benson gets back to Americana basics on Walking to New Orleans, the singer-guitarist's tribute to both piano-pounding Crescent City hit machine Fats Domino and the original rock guitar hero and poet, Chuck Berry. "I'm a great appreciator of the music made by both of those guys," the 10-time Grammy winner says of his double-barreled tribute. "They were fantastic. Chuck Berry was a great showman and a great musician, and Fats Domino cut nothing but hit after hit after hit."

Walking to New Orleans is the pop-jazz-R&B legend's first recording since 2013's Inspiration: A Tribute to Nat King Cole, but it couldn’t be more different. Where Benson embellished Cole's cool tunes with lush orchestral arrangements, Walking to New Orleans came about by hunkering down in Ocean Way Studios, a century-old Gothic-revival stone church located on Music Row, with a quartet of first-call Nashville cats.

Nobody has more succinctly described George Benson's musical evolution than the guitarist himself did in his 2014 autobiography: "...from blues cat to blues-jazz cat...from blues-jazz cat to jazz cat...from jazz cat to soul-jazz cat...and from soul-jazz cat to R&B-jazz cat." Benson was a Pittsburgh-raised child prodigy who paid his dues touring with organist "Brother" Jack McDuff before recording his debut album in 1964. He secured his jazz reputation with adventurous releases on the CTI label and later became a commercial star with the smooth-jazz smash "Breezin'" and R&B-pop crossover hit "This Masquerade."

In 1990, Benson was awarded an Honorary Doctorate of Music from the Berklee College of Music. And in 2009 the National Endowment of the Arts recognized him as a Jazz Master, the nation's highest honor in jazz.

Walking to New Orleans is Benson's 45th album, and few sound as loose-limbed and flat-out fun. "We did have us a ball making this record," he admits.