One of the most significant British pop acts of the twenty-first century performing at the Palace for the first time! 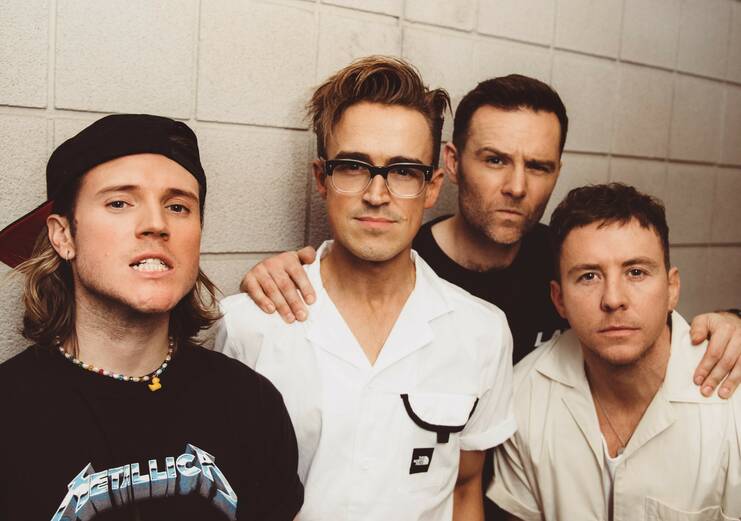 With seven UK number-one singles, six top-ten albums, seven arena tours and ten million records sold worldwide, McFly are without question one of the most significant British pop acts of the twenty-first century. Since hitting the big time as the youngest band ever to have a debut album go straight to number one — beating The Beatles’ long-standing record — Tom, Danny, Dougie and Harry have become one of our best-loved bands, not to mention major stars in their own right.

Covid 19 forced the guys to stay at home where they wrote, recorded, promoted and released their sixth album ‘Young Dumb Thrills’ throughout 2020 despite all obstacles.  Performances on Graham Norton, Britain’s Got Talent and Ant & Dec, as well as A List records across Radio 2, saw Young Dumb Thrills enter the chart at #2, second only to the biggest selling album of the year form AC/DC.

Fast forward to the summer of 2021 and McFly could be seen up and down the country playing at glorious Summer Festivals as the UK was finally able to host live music again. The band were on top form and crowds jubilantly sang along to McFly classics as well as new tracks ‘Happiness’ and ‘Tonight Is The Night’.  The long awaited Young Dumb Thrills tour also had its moment of glory in September 2021, 11 dates of pure un-adulterated pop  punk fun with a giant pink teddy bear to add to the spectacle.

We can't wait to welcome McFly to perform at the Palace for the first time this June!